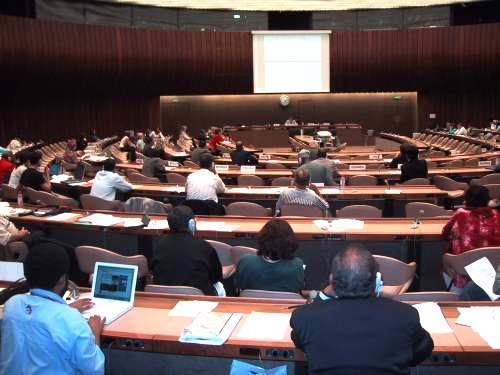 The Assembly of the Working Group. 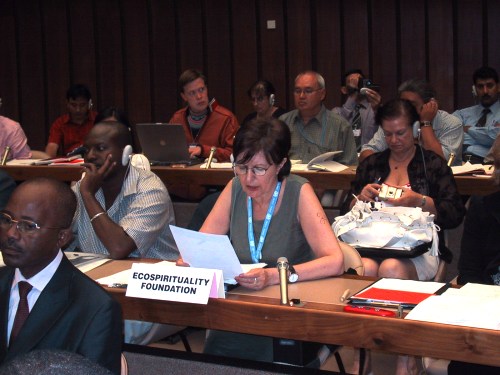 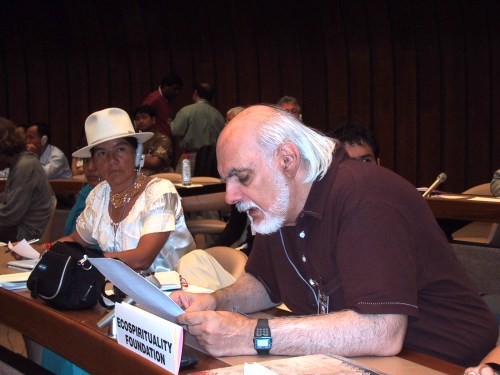 Giancarlo Barbadoro, President of the Ecospirituality Foundation, reads its Declaration 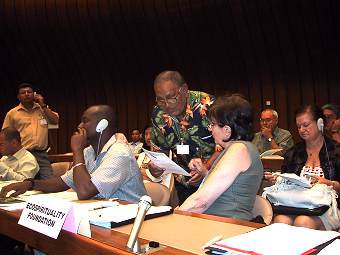 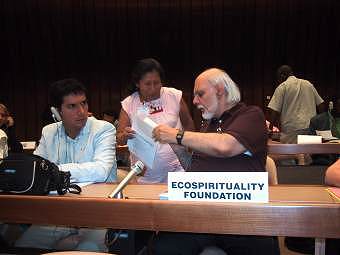 The Delegates attending the Assembly asking for copies
of the Declarations read by the representatives of the Ecospirituality Foundation. 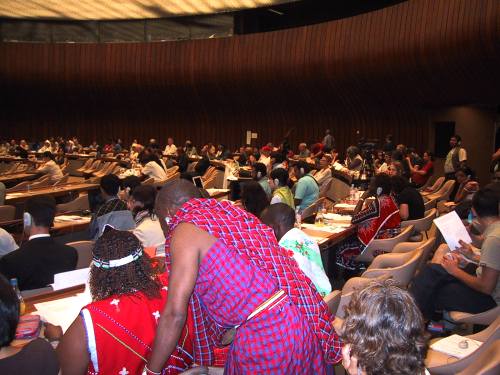 More than 1,200 delegates from indigenous and government organisations
from all over the world were present at the Working Group Assembly. 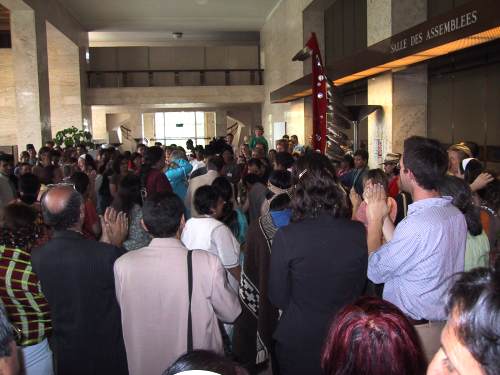 A moment during the celebration of "Indigenous Peoples Day". 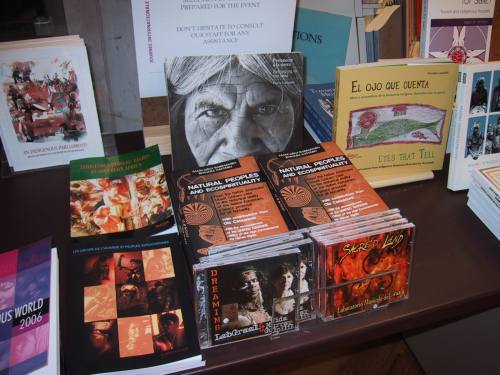 The book, "NATURAL PEOPLES AND ECOSPIRITUALITY" by Giancarlo Barbadoro and Rosalba Nattero
and the CDs of the LABGRAAL on display at the United Nations Bookshop.