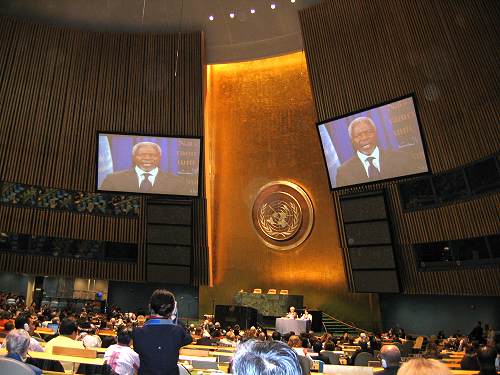 The Secretary General of the UN, Kofi Annan, speaking at the inauguration of the Forum 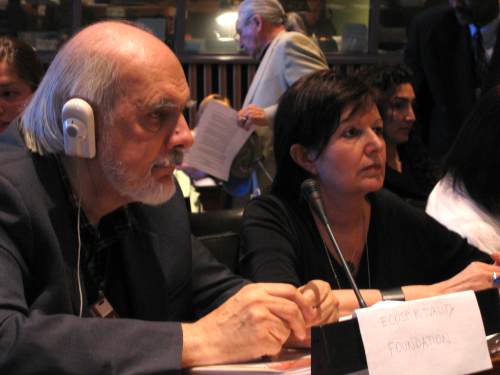 Giancarlo Barbadoro and Rosalba Nattero, Representatives of the Apache Survival Coalition,
of the Wiran Aboriginal Corporation and of the Breton community "Menhirs Libres"
present a joint Declaration. The declaration concerns Mount Graham, the sacred mountain
violated by the telescopes of Arizona and the Vatican, the case of the recovery
of the aboriginal ancestors from museums throughout the world
and the case of the violation of the sacred area of the menhirs at Carnac 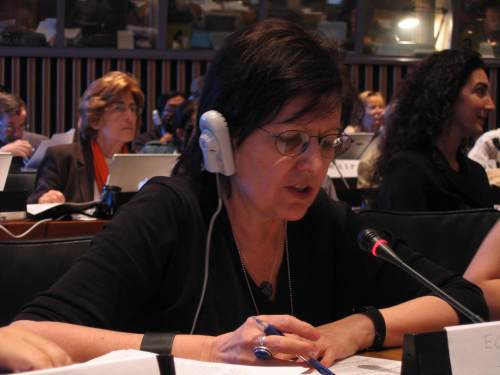 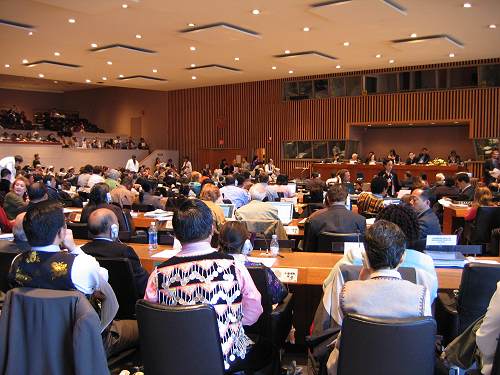 The Assembly of the Permanent Forum 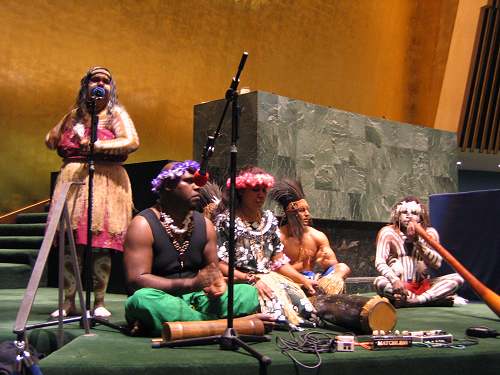 An aboriginal tribal song, sung during the celebrations for the inauguration of the Forum 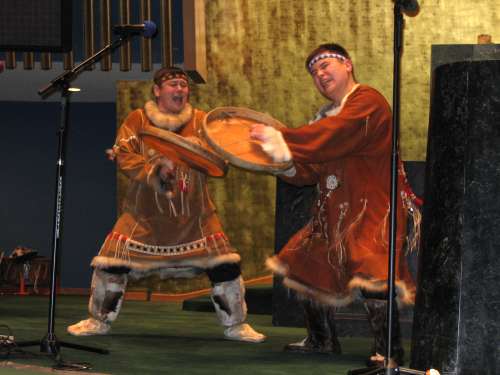 A traditional dance during the celebrations 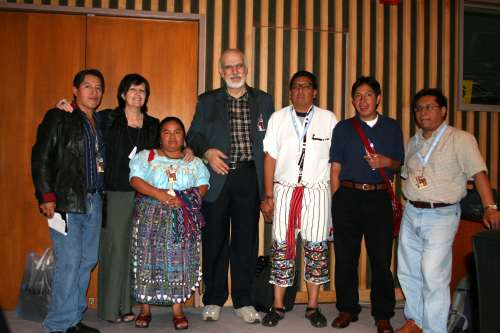 Giancarlo Barbadoro and Rosalba Nattero with the delegation from Guatemala 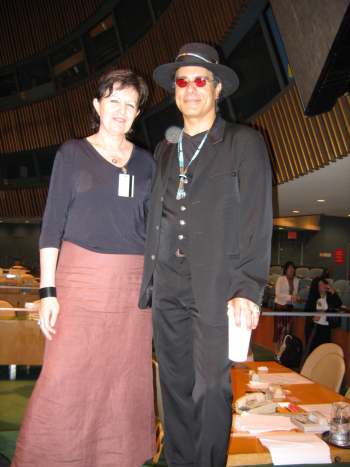