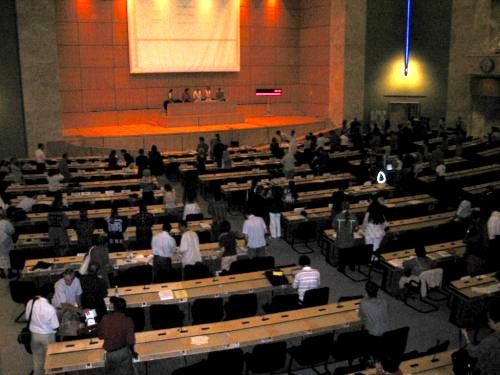 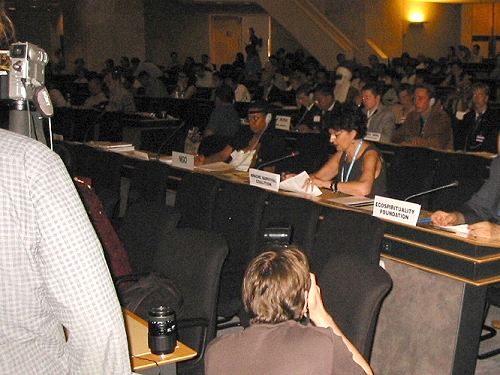 Rosalba Nattero, representative of the Apache Survival Coalition,
reads her appeal for Mount Graham
To read the text of the Rosalba Nattero declaration 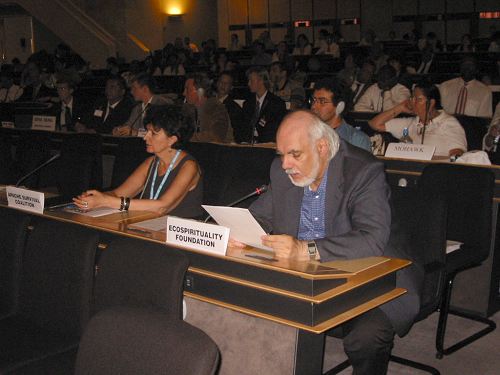 Giancarlo Barbadoro, acting as Representative of the Apache Survival Coalition,
reading his declaration in defence of the identity of Native Europeans,
as a historical example of Natural Peoples on this continent,
and appealing for help for the case of Carnac, France
To read the text of the Giancarlo Barbadoro declaration 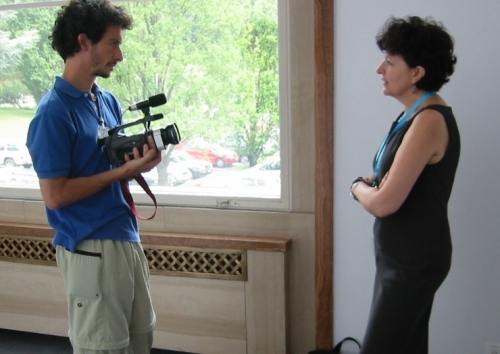 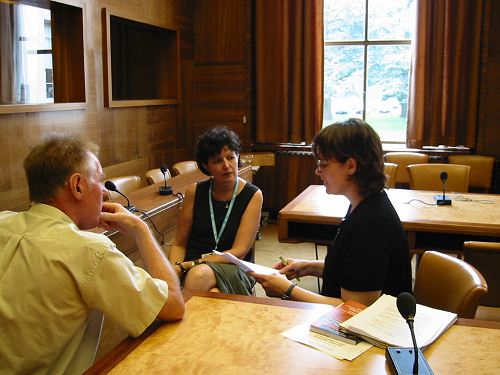 Rosalba Nattero being interviewed on the case of Natural Peoples
by a researcher from Cornell University, New York 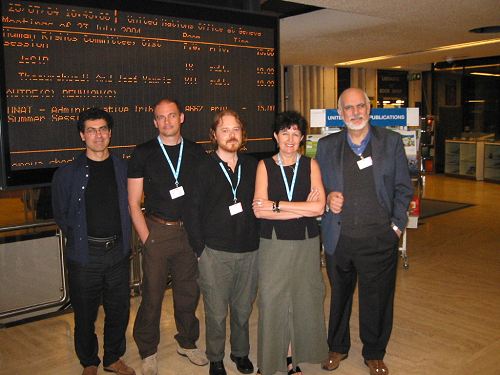 The Ecospirituality Foundation Delegation
at work in the UN Commission 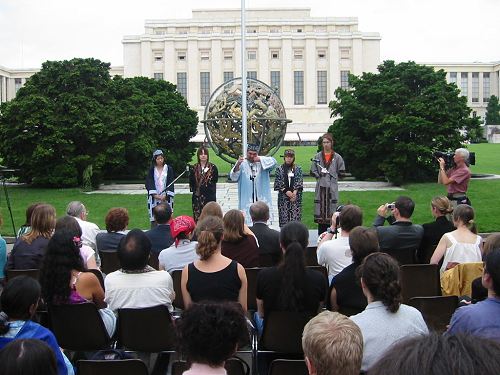 During the celebration of the "International Day of the Indigenous Peoples" 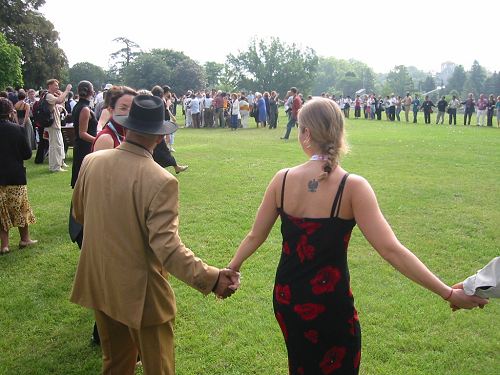 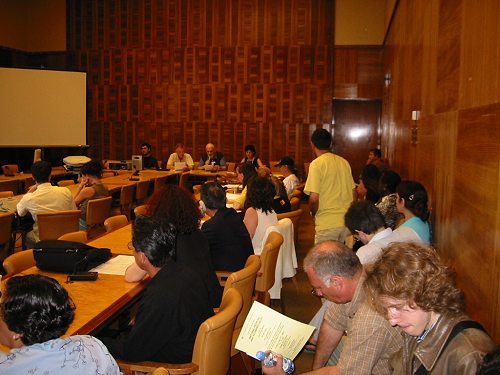 Palais des Nations. during the promotion of the book
"Natural Peoples and Ecospirituality",
written by Giancarlo Barbadoro and Rosalba Nattero
to draw public attention to the Mount Graham case. 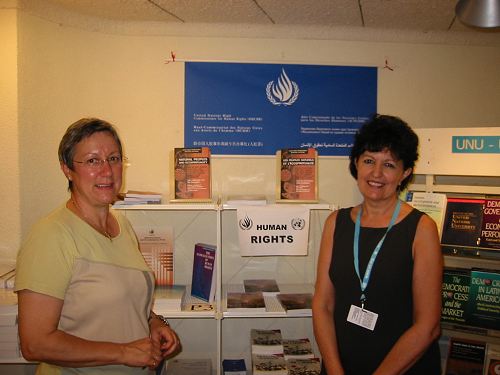 Michčle Pouvreau, manager of the United Nations bookshop
where the book on Natural Paoples has been put on sale, together with Rosalba Nattero 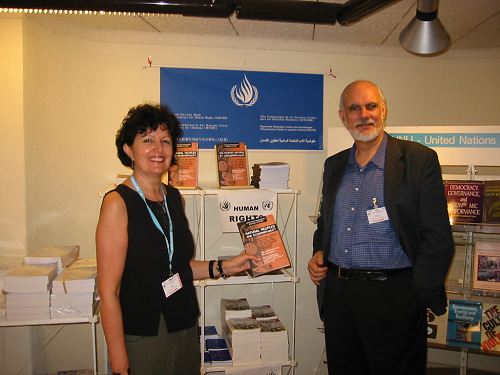 The two authors with their book.